On February 24, 2022, the Russian Federation invaded Ukraine. Bombing, participation in hostilities, occupation, humanitarian crisis, and forced migration of millions of Ukrainians have a negative impact on the future of Ukraine.

With my colleague, Jaime A. Teixeira da Silva, I briefly examine the sociopolitical and economic ramifications of this war on Ukraine and, by association, Ukrainian academics. We also examine the public positions maintained by several leading publishers and the views of select academics and academic institutes regarding how the academic community should handle Russia-affiliated academics and research institutions.

The regions, where the main academic potential of Ukraine is concentrated, in particular the capital of Ukraine, Kyiv, and Kharkiv and Sumy, which are close to the border with the Russian Federation, have been under attack and have suffered active hostilities. Many research organizations from around the world have provided shelter to researchers from Ukraine, urgently creating special programs, internships, projects, and other initiatives. However, it is obvious that the number of such proposals is very limited and much lower than the actual number of scientists in Ukraine. It should also not be forgotten that male scientists aged 18 to 60, even those not involved in hostilities, cannot leave the territory of Ukraine.

Therefore, it is impossible to predict the prospects for the development of academia and science in Ukraine, even in the distant future, given the physical, socio-cultural and economic losses, and forced emigration, after which some professionals might not return, leading them to change their professional activities and objectives.

In response to the war, governments of some countries imposed a series of sanctions against Russia, mostly economic, energy and technological in nature. Many multinational companies announced a termination of their cooperation with Russia and/or withdrawal from its market. Some sports organizations around the world have also banned Russian athletes from participating in international competitions. There is also a wave of refusals to cooperate with groups or representatives of Russian culture. In addition, scientific institutions in many countries have stopped cooperation with the Russian Federation institutions.

Some scientific publishers have supported Ukraine, condemning military aggression, providing financial assistance to war victims, giving Ukrainian researchers free access to their resources, etc. However, most scientific publishers did not respond to the call to refuse manuscripts from Russian institution authors, relying on the Committee on Publication Ethics guidelines for moral positional guidance.

However, despite the publishers’ refusal to impose sanctions on Russian authors, there is still debate among academics. Proponents of sanctions say it is one of the most important and effective ways to use nonmilitary means to put pressure on Russian citizens to end the war. In addition, further cooperation with Russian researchers while Russian military action persists may be perceived as unfair. In informal conversations and on social networks, there are reports that some editors have refused manuscripts containing at least one author from a Russian institution, and some reviewers have refused to review such manuscripts for personal reasons.

In addition, publishers have questions about how to operate under economic sanctions against Russia, as they cannot charge subscription fees for content from Russian institutions, nor can they charge APC fees for publishing.

Publishers are also interested in the legal basis for refusal to review or publish an article, whether such prohibitions lead to discrimination on certain grounds or to restrictions related to freedom, which are based on basic human rights and freedom of choice in the academic environment.

The thumbnail image by smutkoalex@gmail.com/Depositphotos.com 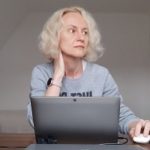