The NFDI (national research data infastructure project, German: Nationale Forschungsdateninfrastruktur) is a funding programm by the GWK (Joint Science Conference, German: Gemeinsame Wissenschaftskonferenz), which aims to improve quality and accessability of research data. So far, the TIB has been part of three successfull proposals by consortias in different research areas. The Open Science Lab represents the TIB in NFDI4Culture, the consortium for architecture, art history and media studies.

In the context of our work packages in the TIB Open Science Lab, we are working on the bundling and updating of current developments in describing digital cultural data, for example images and image content: annotations.

Are we really only interested in images? No, in the long run it can and should also be about other types of objects – in the context of 4Culture especially about music notations, audio recordings, films, dance and theater notations, and 3D models. (The latter is also important to us because we represent architecture in 4Culture).

There is much to be said for making approaches and tools that already exist in the field of image and 3D annotation available to the various professional communities of 4Culture as early as possible, and to develop them further together with them. We want to make sure that much of what is created in the process will very soon be used to address at least the other types of objects mentioned above. 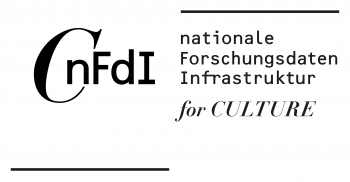 The aim of NFDI4Culture is to establish a demand-oriented infrastructure for research data on material and immaterial cultural assets. This includes 2D digitised reproductions of paintings, photographs and drawings as well as 3D digital models of culturally and historically important buildings, monuments or audiovisual data of music, film and stage performances. Concept and structure of the consortium were developed over two years in an open process and in close cooperation between 11 professional societies, 9 supporting institutions and 52 partners. The consortium addresses the needs of a broad spectrum of disciplines from architecture, art, music, theatre, dance, film and media studies. 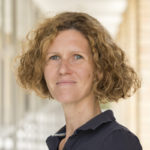 2 Antworten auf “Some things we care about for NFDI4Culture – Or: We want better tools and workflows for annotating images and 3D models!”