With five PhD students joining this year’s edition, TIB and L3S were well represented during the International Semantic Web Research Summer School (ISWS) 2019. The summer school started on June 30 and lasted for seven days. It took place in the beautiful town of Bertinoro in Italy, which is an hour drive from the famous city of Bologna. A dream location combined with beautiful and hot weather as well as delicious Italian food contributed to a  successful summer school.

The general theme was Knowledge Graphs and Artificial Intelligence. The fully packed program consisted of keynote lectures, tutorial sessions and so called task forces. In task forces, we  teamed up in groups of six to solve a specific problem related to the theme of the summer school. The point of task forces was to learn by doing. Task forces were led by tutors experienced in the specific research field and were supposed to produce a research report that proposed solutions for the given problem. The final report was presented during the last day of the summer school. Because of the busy schedule, task forces often worked long hours into nighttime.

At the start of the summer school, each participant presented a poster about their (PhD) work. This was a nice opportunity to meet everyone and to socialize and network. In total, there were four different poster sessions which ensured that we could both present our own poster and view the posters of the other participants. Valuable comments and feedback were given and received on the posters and the research direction from tutors, keynote speakers and students alike. The breadth and depth of presented topics and ideas was interesting and inspiring.

The keynote talks were about the latest developments in the semantic web field. Laying the foundation for possible research topics and PhD work. Eventually, even questions like “what is truth”, were raised during one of the keynotes. An extra late evening session was required to further discuss these fundamental questions.

Though the schedule was tight, key things were taken care of every day. There was always time for good coffee and tasty Italian dishes. Discussions often took place on the terrace with beautiful views over Bertinoro and the surrounding areas. During evenings, drinking beer, playing Ukulele and singing songs on the main square of Bertinoro contributed to perfect endings of days filled with hard work.

The summer school had only four simple rules: be nice, engage, network and have fun. Of course you can’t have fun without dancing, so dancing was one of the tasks that each group had to do and the theme was the evolution of dancing since the 1990s to the 2000s.

Overall, the summer school was a great success. Duration is one thing that can be improved in future editions. One week is a bit too short considering all the task force work, writing the research report while also attending the many other activities. Our suggestion is to make it two weeks. To conclude, meeting other students and researchers from the semantic web community, having interesting late night discussions and the very good organization all contributed to the success of this year’s ISWS! 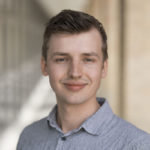 PhD student in the Joint Lab of TIB and L3S Research Center.