On the occasion of a meeting on February 16th 2017 between the Chinese National Science and Technology Library (NSTL) and TIB in Hanover, the idea arose that we as TIB could organise a seminar of several days for employees of NSTL in China.

Before the seminar, workshops with institutional libraries (Institute of Medical Information of CAMS and Agricultural Information Institute of CAAS) of the NSTL and subsequent library tours were held on 15 September 2017. In the workshops, the Chinese hosts presented their libraries and the current focus of their work to us. Information about TIB  generated great interest among our hosts, particularly research data, AV portal, collection focuses and others. 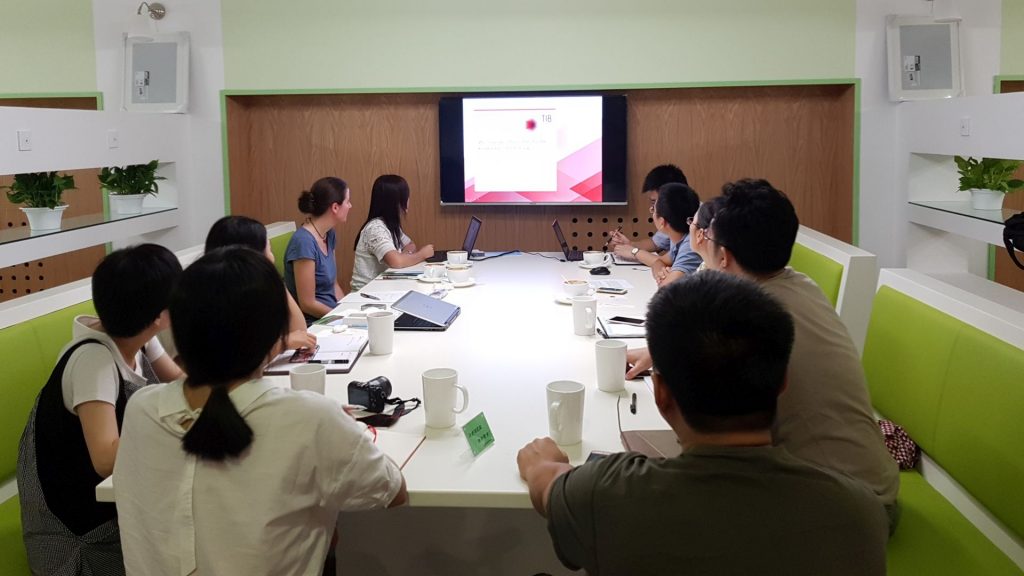 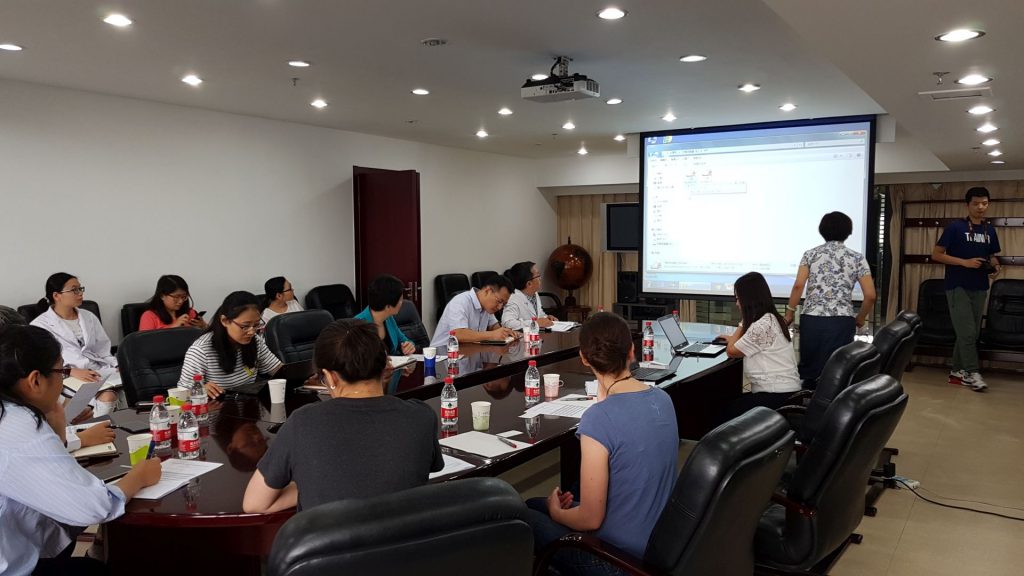 These topics and other developments, which generally take place in the library sector, are also intensively discussed by Chinese colleagues. Current topics among the colleagues at NSTL are research data, data discovery and platform tools, such as data analysis, data mining, data visualization, repository for archiving and sharing, long-term archiving and linked open data.

During the guided tour of the library, we found out that the institutional libraries are a fine combination of modern technology, modern spaces, hybrid possibilities for different target groups, traditional collections and traditional media. 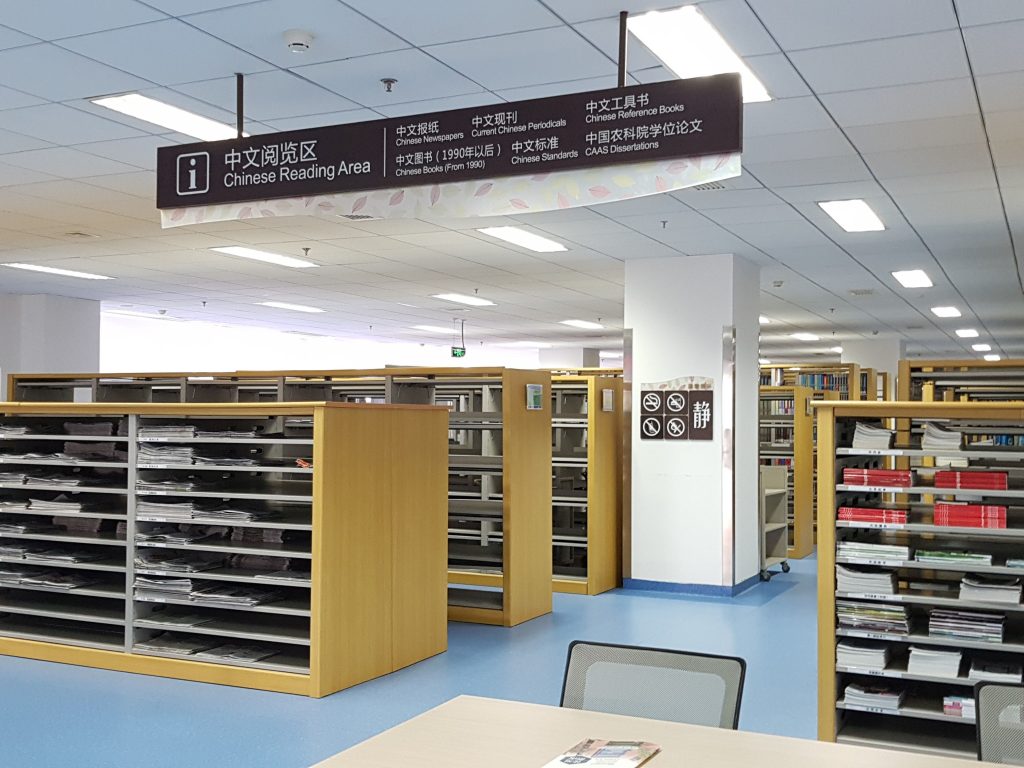 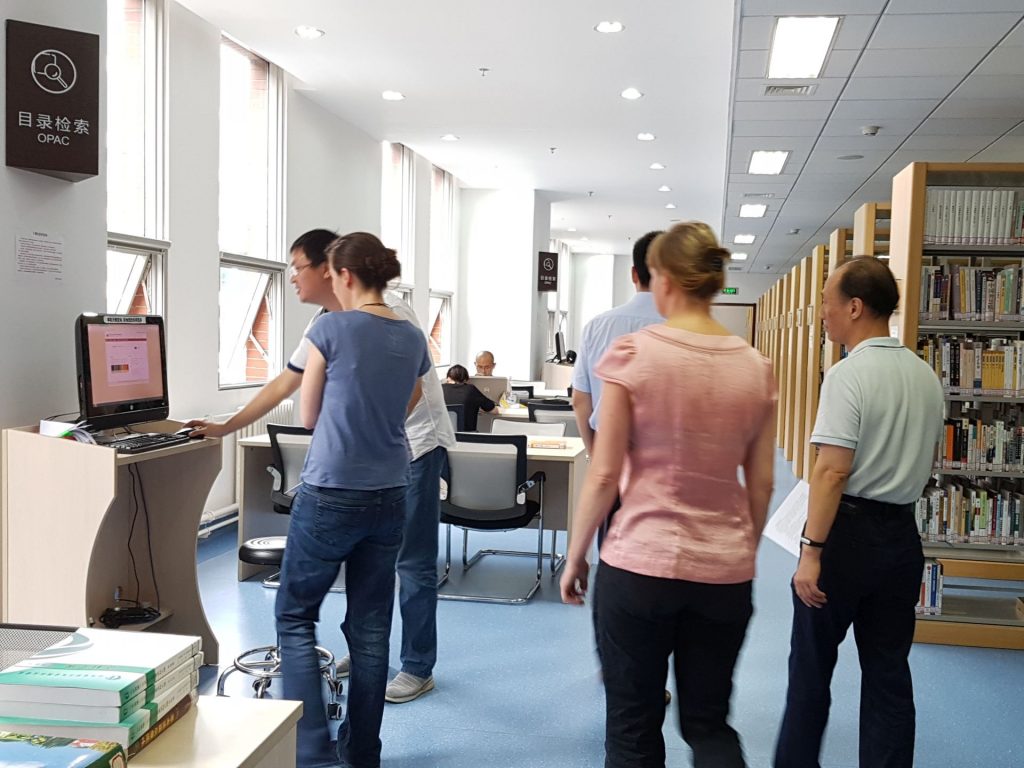 During the weekend, on 16 and 17 September 2017, the colleagues of NSL of CAS (National Science Library, Chinese Academy of Sciences) organized sightseeing tours for us. The program included visits to the Chinese National Museum, Tian’ anmen Square, the Forbidden City, the Temple of Heaven and Shi Chahai Business Street. 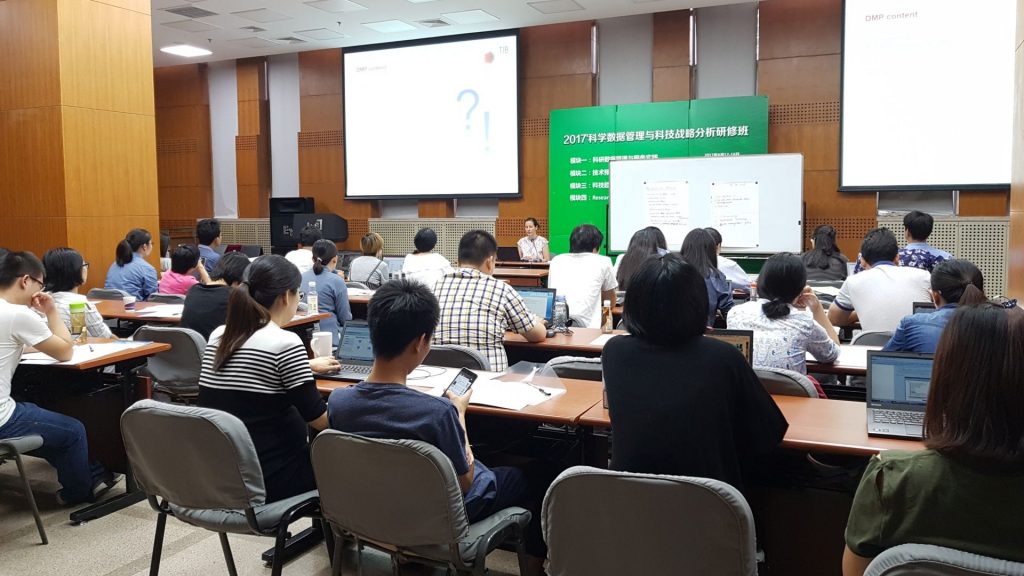 The three-day seminar with more than 35 participants was certainly a new challenge for us: With many presentations and lots of exercises we made the seminar interesting and multifaceted. Instead of rigid front-line instruction, we attached great importance to discussion with the course participants. It was precisely this type of teaching which was new and unusual for the Chinese colleagues. Afterwards they found out that they liked it very much and had acquired a lot of knowledge.

The following presentation summarizes the contents of the seminar. 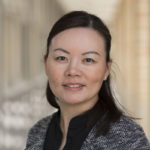