Open Access in Germany. The strategy of the German Federal Ministry of Education and Research

The BMBF backs the objective of establishing Open Access as the standard. It believes that it is mainly up to academia and researchers to take responsibility for achieving this. However, the ministry also places expectations on other stakeholders (such as federal state governments). The BMBF’s Open Access Strategy lists several areas of activity in which it wants to become involved itself. The key points are an Open Access clause for the projects it funds, and an announcement that it intends to carry out its own endeavours to provide information about Open Access and to observe how Open Access develops.

In the introductory part, the paper primarily lists the initiatives currently being undertaken by research organisations, several federal states, and at the European level. The “guiding principles” contained in the Open Access Strategy are already known from many other similar papers. They are up-to-date (“establish Open Access as the standard”), but are also intent on gaining consensus and on reassuring those who view Open Access with scepticism.

With regard to the areas of activity, special mention was made of an Open Access clause for BMBF funding that “requests” beneficiaries to also make research results funded by the BMBF freely accessible in the event of their publication. No detailed conditions are specified, the announcement initially sounds very non-committal (no mention of free licences, no tight deadlines, no information about checking compliance). The paper includes an announcement of a post-grant fund to support publications published after the end of the project and the funding period.

A general reference is made to the publishing funds of universities and research organisations, stating (rightly) that they offer additional potential for steering. The federal states are encouraged to provide incentives for Open Access policies at universities. The objective ought to be to secure the financing of Open Access publications and to systematically include these costs in external funding.

The BMBF also mentions that a transformation, a complete conversion to Open Access, is conceivable (with reference to the Paper issued by the Max Planck Society). Such a transformation represents more of a paradigm shift and a change in the use of resources, but not a means to cut library budgets.

An “information campaign” is announced under the heading “Making Open Access an equal pillar in scientific publishing”. The BMBF wishes to initiate this campaign in order to promote Open Access. A further aim is to prevent Open Access from being viewed as a subordinate variant of publishing – this is an important factor, not only in the public perception, but also explicitly in the allocation of funds and the assessment of publication output. The ministry refers to a new National Competence and Networking Agency that is to support the establishment and development of Open Access expertise. Explicit reference is made to the success of the information platform open-access.net, but it remains rather unclear whether cooperation opportunities are envisaged. Projects involving the development of Open Access models or the implementation of Open Access in practice should be eligible for BMBF funding.

Exciting information is given at the very end of the paper: the BMBF wants to establish an Open Access monitor to show the “quantitative state” of the development of Open Access. It should reflect existing activities, the proportion of Open Access publications, and the allocation of resources. Unfortunately, no reference is made to the Open APC Initiative, which has already set standards in the transparency of Open Access expenses with the support of the DINI Electronic Publishing Working Group and many participating research institutions.

Falls too short of the mark in places

The failure to mention rights of use and free licences is a missed opportunity (see the Appeal by the Alliance of Science Organisations in Germany). Particularly when the advantage of the paradigm shift towards Open Access is emphasised, making publications accessible to all, issues concerning rights of use and easy access should always be addressed.

Although it is politically comprehensible to take a bow to traditional publishing, it is nevertheless regrettable. Not only is there no mention of an assessment of the different existing paths towards achieving publications that are readable free of charge (keyword: licences), there is also no criticism of publishers and previous quality assurance procedures. In the context of Open Access monitoring, it will also be necessary to address the issue of how the different paths towards Open Access should be assessed – how convenient are they for all those involved, how complex are they to handle, how much do they cost, and what are their advantages. It will be necessary to go beyond a satisfying “all paths are the same” and to differentiate more starkly.

Regarding funding issues, the BMBF talks only about “article processing charges”. This is a dominant business model for direct (golden) Open Access publications, but it is not the only option. There are reasonable doubts that the current model, where a charge is made for individual articles, is scalable and desirable. There is a great deal of effort involved; uncertainty may act as a deterrent for authors to publish (“will my publication be funded?”); and predictability is a big problem for institutions (“how many publications will be published by our academics next year, and how much will it cost us?”). Approaches that limit these costs (such as SCOAP³) or those that rely completely on article-based funding in favour of the full financing of infrastructures, places of publication or journals (e.g. the Open Library of Humanities) are initially neglected in the strategy.

Many projects related to Open Access have been initiated in recent years, and the BMBF paper refers to key successful schemes such as the information platform open-access.net and the Bielefeld search engine BASE. The Max Planck paper on the feasibility of a transformation towards Open Access is also mentioned. It will be interesting to see which impetus the BMBF wants – and is able – to give with its basic conditions, funding opportunities and future debates. It poses a great challenge to go beyond pilot projects, to establish Open Access area-wide as the standard, and perhaps to back central standards without restricting the freedom of publishing and science. In this context, the announced endeavours to provide information may be very useful.

Nevertheless, a great deal of responsibility remains with the individual research institutions and their organisations. The financial aspects of the transformation towards Open Access are crucial: how can the conversion be kept cost neutral? Can average costs be reduced (this is particularly important in view of the continued growth in the number of publications)? Which basic conditions must be met, how manageable are the different Open Access models? And what is the best way to abandon the subscription model?

What are the consequences?

However, there is still a lack of specific stipulations and detailed objectives. Reference is mainly made to existing initiatives and trends. Here, the ministry wants to provide support by taking action itself (information, assessment). With regard to its own criteria for funding eligibility, the exact stance remains unclear but, in principle, an Open Access clause for BMBF funding is very welcome. The objective behind monitoring is exciting and necessary (see also “How we measure our proportion of Open Access”) and deserves the support of other stakeholders from the scientific landscape. A strategy paper defines the key ideas. The implementation of the announced activities will need to be fleshed out, which will involve a wide range of possibilities to cooperate with existing projects.

The BMBF emphasises the fact that Open Access models will only succeed if digital publications can be made “citable, identifiable and permanently available through technical and organisational measures”. It is a good thing that we have libraries and information infrastructure institutions that have already spent a long time preparing themselves for this transformation and that have firmly established such requirements in sets of rules such as the DINI certificate. Bring on the Open Access transformation! 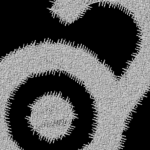