Tomorrow starts the 4th Annual VIVO Conference in St. Louis, Missouri, and we are pleased to attend this event. Why, you ask? (For the answer you may also want to refer to the german version here…)

A decentralised, open, web-based infrastructure for research information as an inspiration for improving scholarly communication and collaboration ─ this would be an interesting prospect for many young researchers today. Countless scientists continuously search the publicly accessible web and read the results, working with and via this tool. So what’s the missing link?

In actual fact, it’s increasingly difficult to recognise who is actively undertaking research in one’s own subject area; who is collaborating with whom on which project; who has won an award or been granted third-party funding. Such questions are answered with considerable effort by various stakeholders. Very often, the answers (so-called research information, also known as research metadata) are actually even available publicly on the web.

In order to render this diversity of valuable information truly useful, web-compliant standards have been suggested which would make it easier to reuse and interconnect existing data. This approach is pursued by the Open Science Lab at TIB: we aim to pool existing research information and to make the result freely available for reuse. Inspired by applications such as AgriVIVO and Culturegraph, and using free software such as VIVO, we first wish to collect research metadata from narrowly defined expert communities.

On that basis, we would like to shed greater light on scientists’ real social networks in the respective subject area, the network of diverse co-authorships and cooperative activities, as well as thematic and institutional intersections. This will take place in close cooperation with the relevant expert communities.

In the winter of 2013, we will showcase the first public prototype for such a system, which will be written about and discussed here at TIB|Blog. The experiment, conducted by the Open Science Lab at TIB Hannover, is just one of several projects being realised within the Leibniz Research Network Science 2.0. 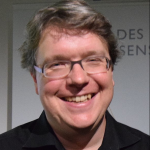